I finally gave in to the pressure of my peers and caved and bought the Anova Culinary Bluetooth Precision Cooker. Let me tell you I do not regret it.

The first task at hand had to be the Starbucks Sous Vide Egg Bites that I had been spending $5 a day on. I know shameful, but please don’t judge me lo, they are delicious….

Reality is I have probably already purchased 2 of these Anova Culinary Bluetooth Precision Cookers just in buying sous vide egg bites. But that has come to an end.

The sous vide egg bites were super easy to make, all you need is the Anova Culinary Bluetooth Precision Cooker, 4 oz mason jars, eggs, your favorite ingredients and a pot, that’s it.

The eggs came out so light, creamy and fluffy it was euphoric almost!

The Anova Culinary Bluetooth Precision Cooker was really easy to use also. I downloaded the app to my iPhone and connected my phone to my cooker.

I then added water to my pot and set up my Anova Culinary Bluetooth Precision Cooker into the pot. Using my phone I set the temp, while I was waiting for it to come to temp, I got my eggs prepped and in the mason jars… We were ready for the water bath.

My phone alerted me when the temp was ready for me to drop in my eggs, which to me was so cool.

And I was alerted again when I had reached the time set. I was also alerted that my water was low, but we were done lol.

All in all this thing is amazing and I can not wait to cook more with it. While you’re here, check out my other posts and also check out our group for more great recipes here. 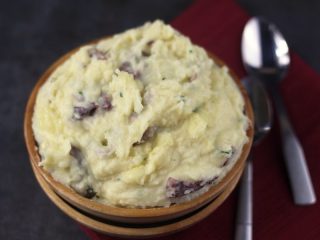 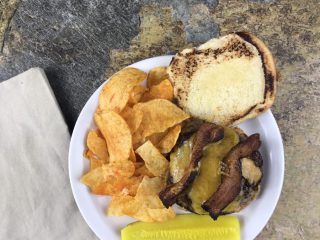 […] got my sous vide cooker yesterday and I made the most delicious Copycat Starbucks Sous Vide Eggs these things were so super fluffy, moist and creamy, honestly there aren’t enough words to […]