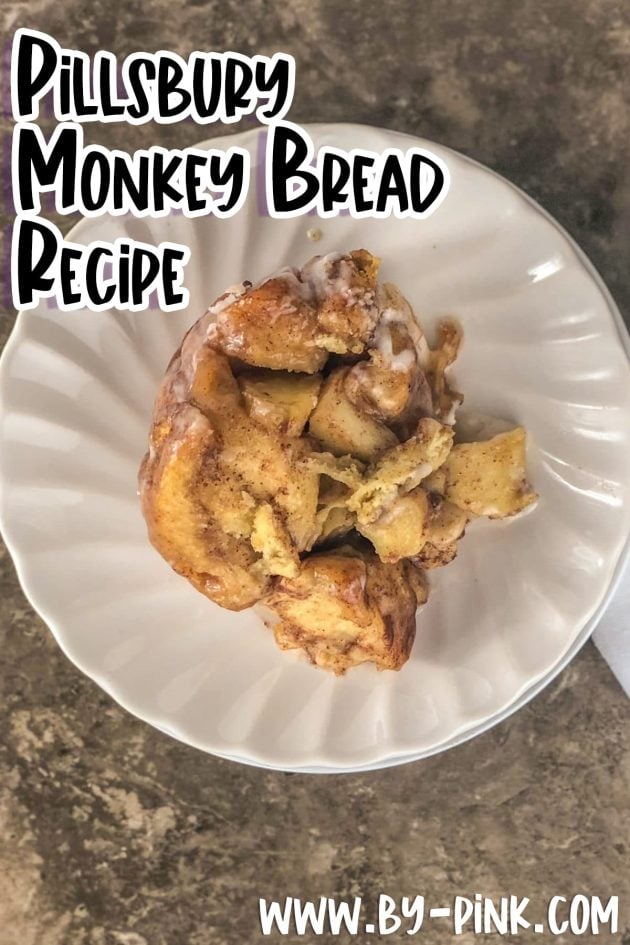 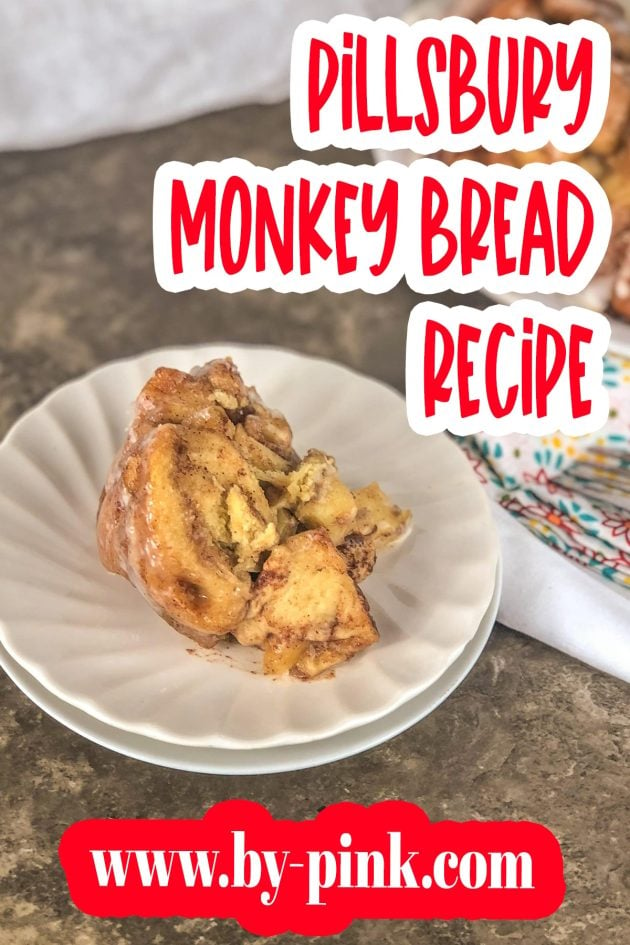 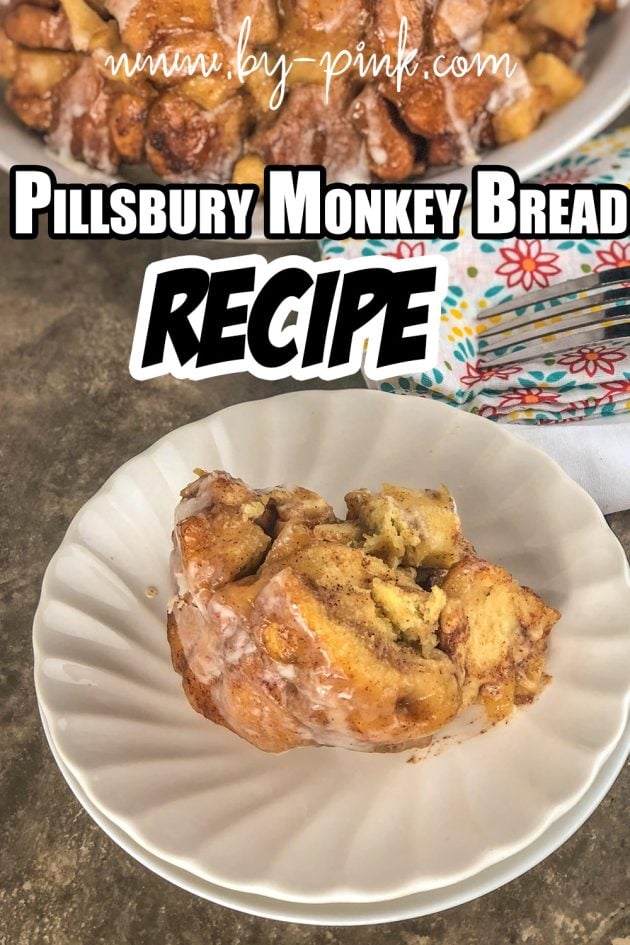 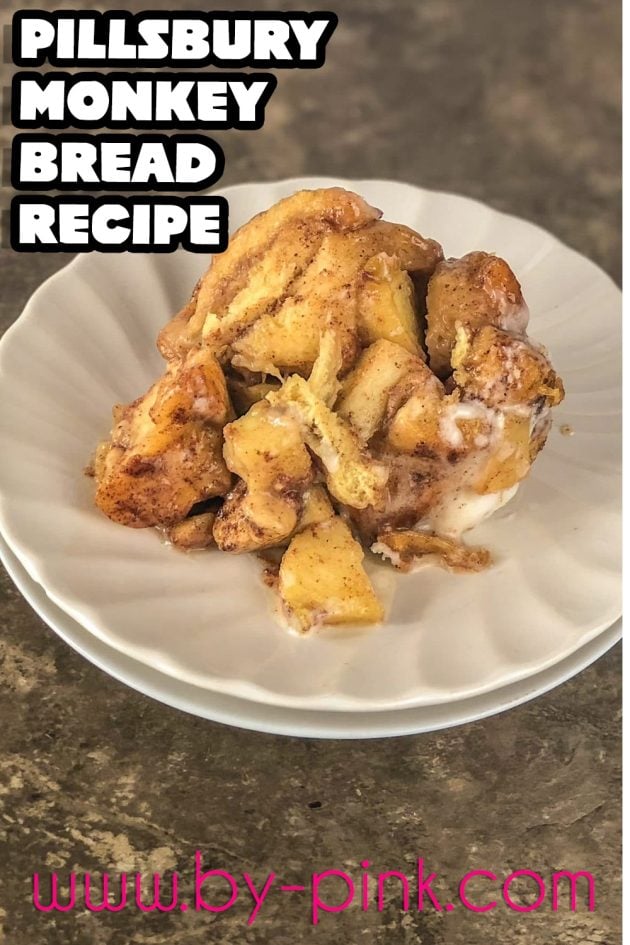 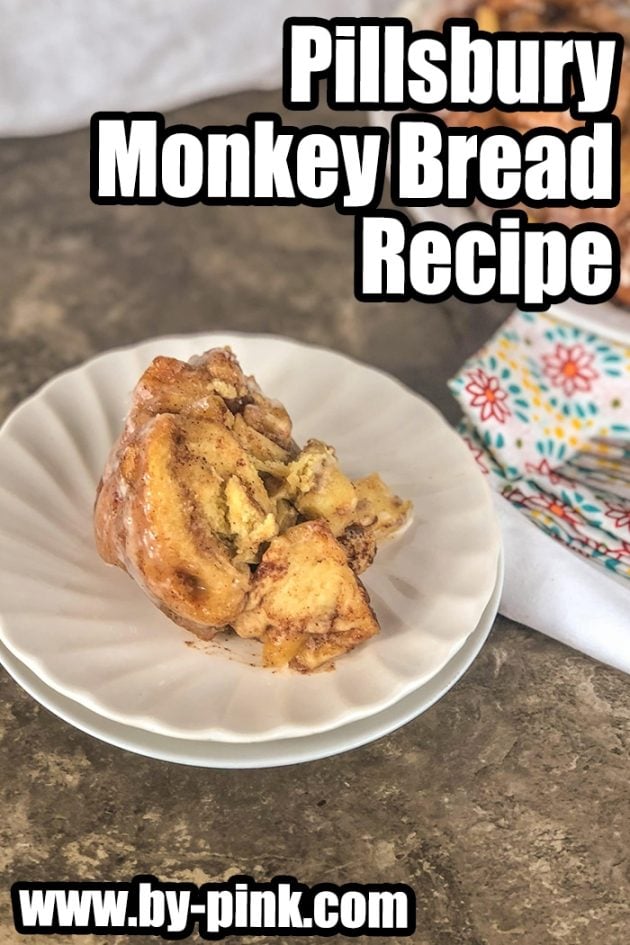 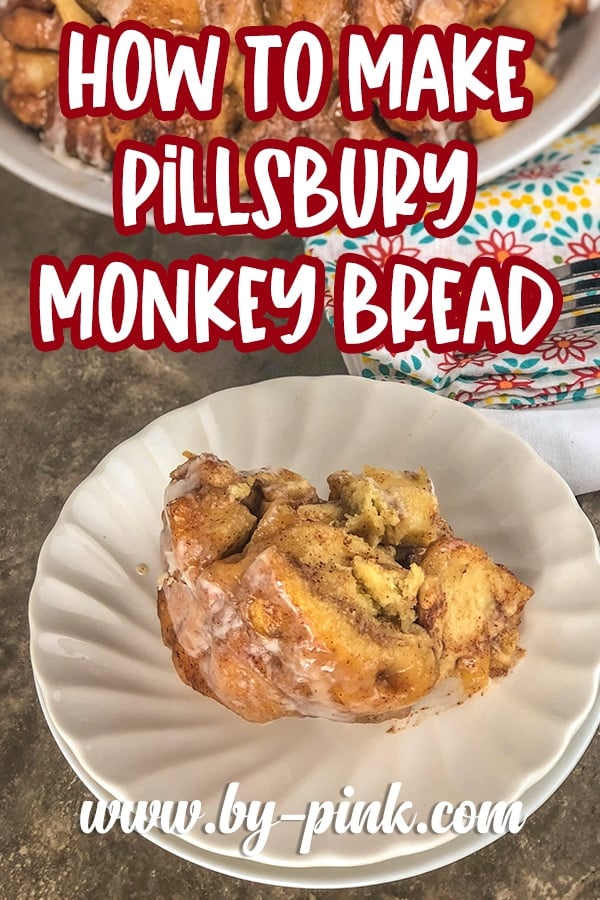 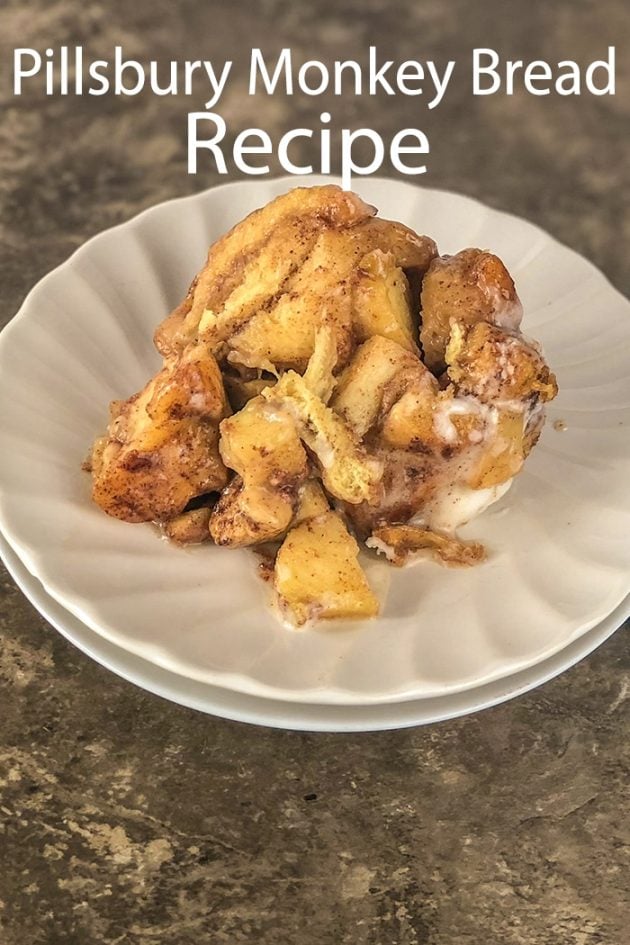 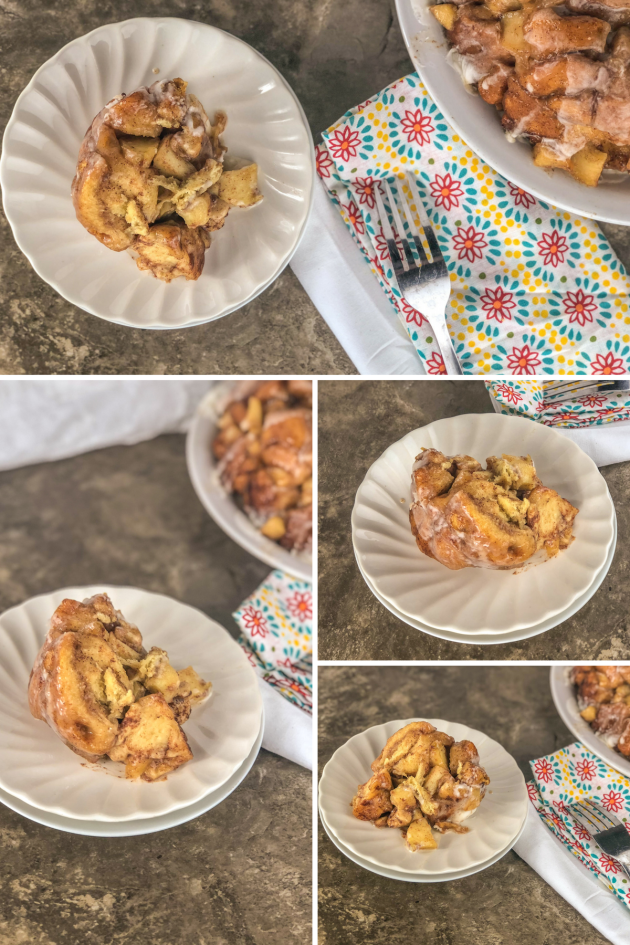 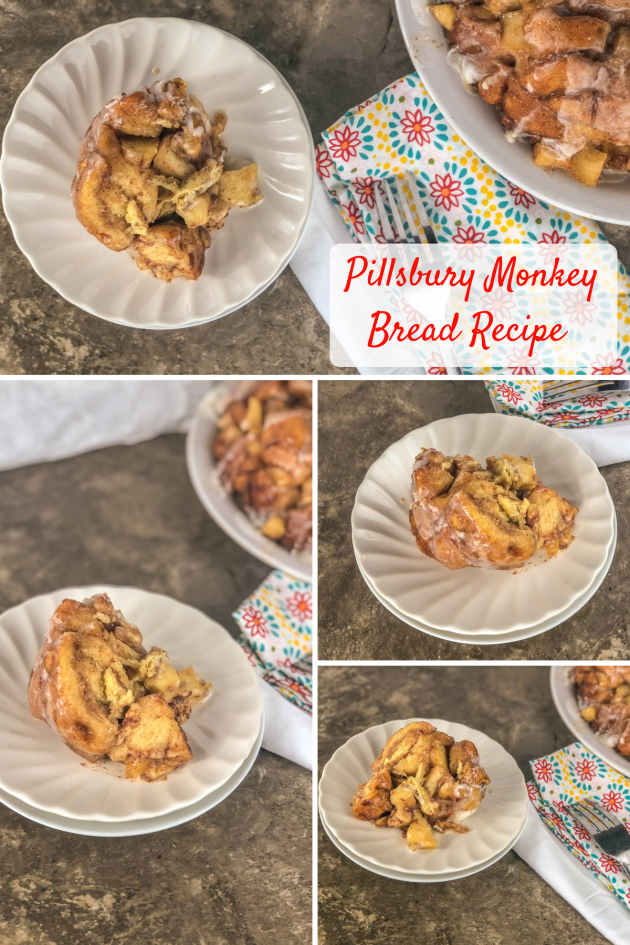 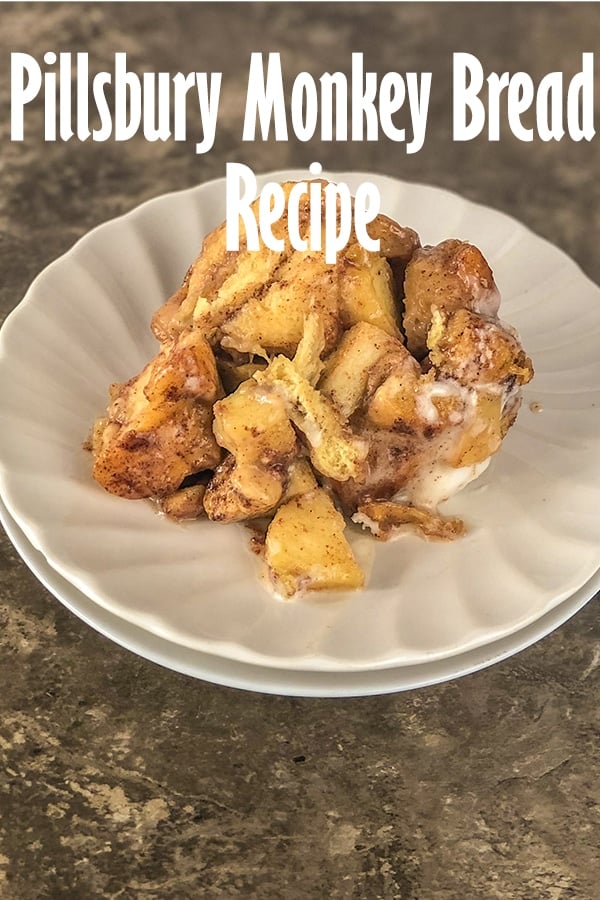 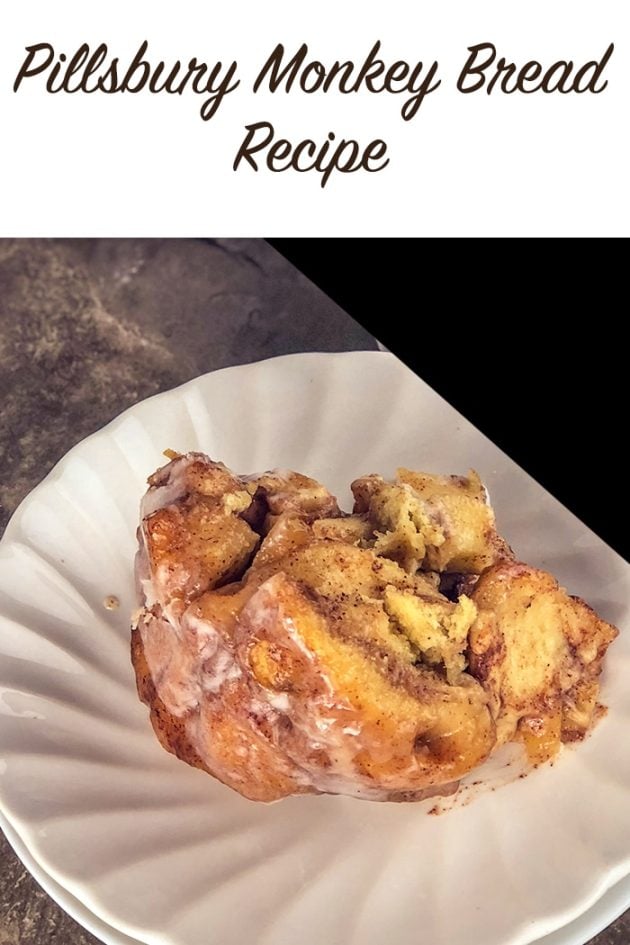 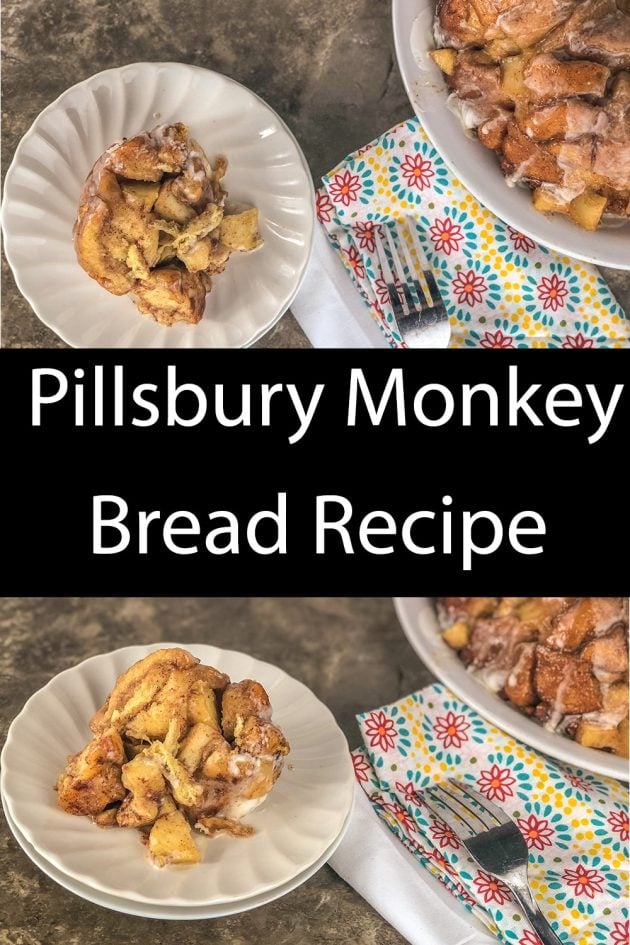 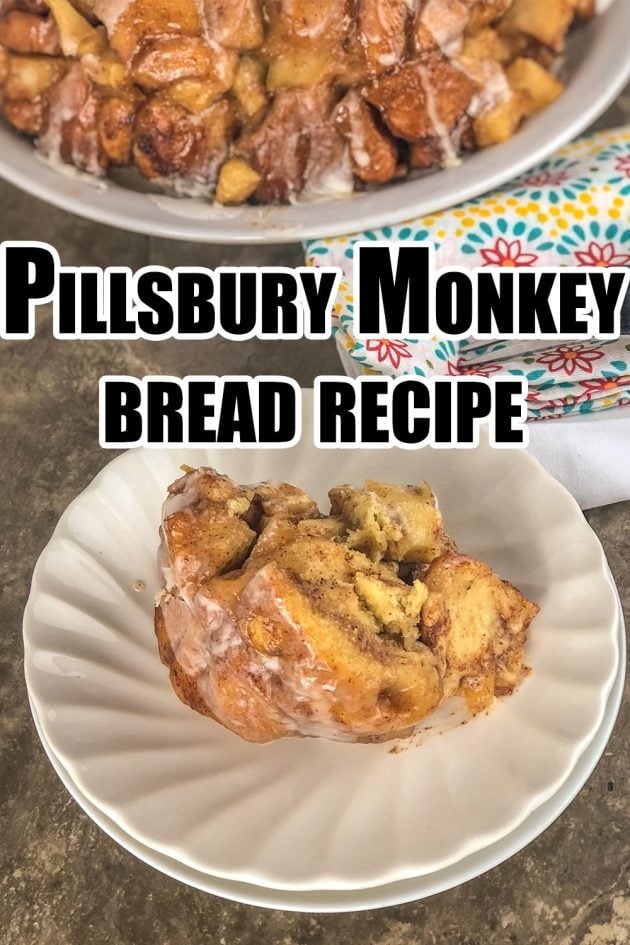 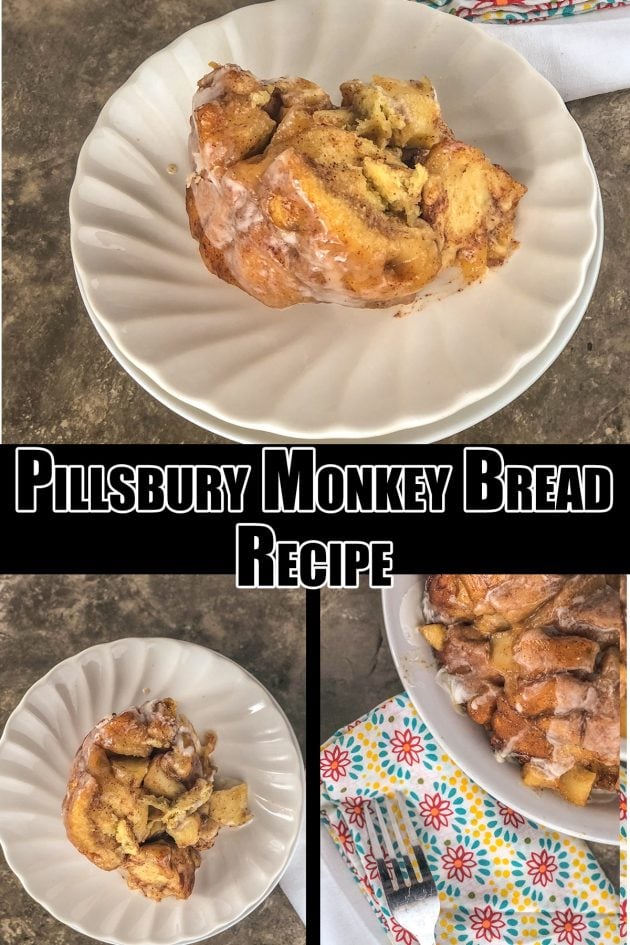 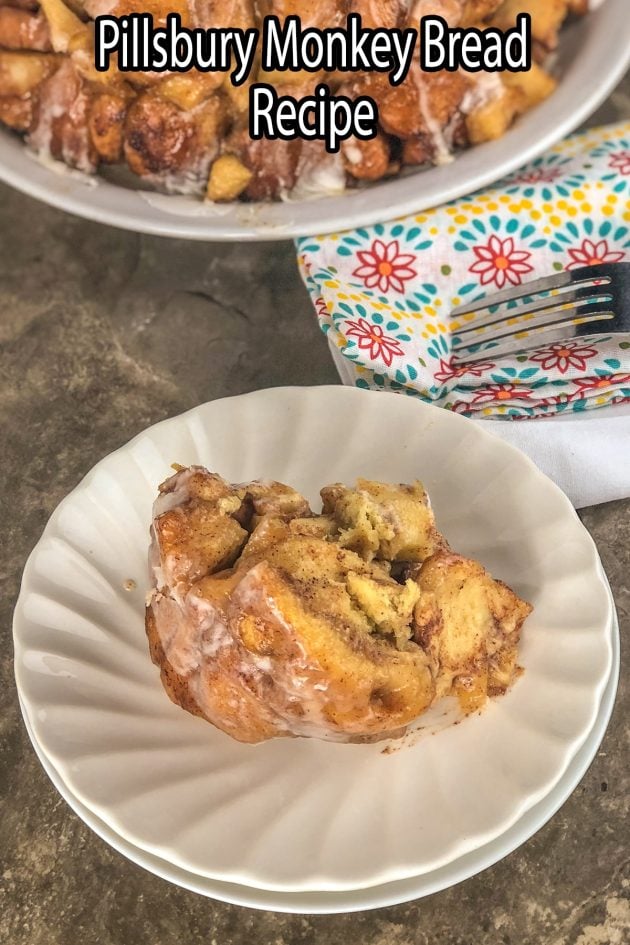 This Pillsbury Monkey Bread Recipe is an upgrade from your classic monkey bread.

This apple monkey bread recipe uses Pillsbury cinnamon rolls as the base that offers that light and fluffy texture, with fresh and tender apple pieces in every bite. You get the flavor of almost an apple pie inspired monkey bread.

I always say to my kids when you pair apples with a cinnamon and sugar mixture it is like magic happens.

This cinnamon roll monkey bread makes a great breakfast or dessert recipe. You can even use it as a special treat for Christmas morning paired with a cold glass of milk.

This Pillsbury monkey bread is a home run, and kid-approved. No one in the house can resist this decadent bread. Pair with some fresh fruit, a cup of orange juice, and breakfast is served.

I will admit, I am not always a morning person. I enjoy getting to sleep in, take my time waking up in silence with a cup of coffee and just slowly waking up to greet the world.

But, we all know when you have kids, they don't care if it is a Saturday, they will barge in and wake you up asking what is for breakfast.

I love having a quick and easy monkey bread recipe in my arsenal that I can pull out and whip up with minimal prep.

Using the Pillsbury cinnamon rolls as the base means no time for waiting for bread dough to rise, and that is one thing I love for those tired mornings of making breakfast.

You also might like this apple cinnamon pull apart bread if you want the cinnamon and apple combo.

What You Need to Make Monkey Bread

I had variations on monkey bread that called for refrigerated biscuits, cream cheese, and other yumminess. You can use buttermilk biscuit dough just like the cinnamon rolls, cutting biscuit pieces apart and rolling them in a mixture of vanilla extract, butter, and brown sugar. But, really, why go through all that when you can just use the cinnamon rolls?! Skips that whole step and makes it just a little bit sweeter.

How To Make Monkey Bread

Preheat your oven to 350 degrees, then just peel and dice up your apples. Cut up your cinnamon roll pieces, and start assembling your monkey bread in the bundt pan or tube pan.

Toss in the oven and patiently wait for the magic to happen, about 30 minutes to 40 minutes or until golden brown.

When it comes out, pour the icing over and watch your family devour this tasty Pillsbury monkey bread.

I love the tender apple pieces throughout, paired with the cinnamon roll makes it dynamite on flavor factor.

Don't even get me started on how amazing this will make your home smell! Talk about torture waiting for it to get done cooking so you can sink your teeth into it!

What Do You Serve With Monkey Bread?

This apple monkey bread is ridiculously perfect for when you have guests over and want to treat them to an excellent breakfast.

You can even make this the night before and reheat the slices before you serve for that same day flavor.

To make this a whole meal, you can cook up some sausage, scrambled eggs, and have this as a side option as well. I like to make bacon and a fried egg if it's just me and the immediate family some mornings because the icing gets on the bacon and just makes for a perfect mash-up.

Really, you can pair this apple cinnamon monkey bread with anything you like. Seriously, this recipe is honestly so easy to make, you will always reach for this recipe for those early morning breakfasts.

How Long Does It Take to Make Pillsbury Monkey Bread?

From the moment I get my hiney out of the bed and roll into the kitchen to make breakfast monkey bread, it takes about 10 minutes.

Five minutes to brew a cup of coffee, if I need it, then I start the oven.

Using that as a timer, it's about 8-10 minutes of me actually making the Pillsbury monkey bread recipe. Just enough time for the oven to preheat and be ready for me to slide the pan in.

See I told you! So simple and very minimal prep work is involved. It takes longer to wait for it to cook than anything else.

Heres a little tip, if the cinnamon roll dough sticks to your hands use a little flour, you can also shake it in a bag to coat with the sugar mix.

I like to toss it in the oven and then hurry up and get around for the day. Then just pull it out and allow it to cool in pan for about 10 minutes and when I come back in, it is ready to be served.

Some questions I've gotten about this recipe, now...

How Long Does Monkey Bread Last?

You can rely on this Pillsbury monkey bread recipe not to last very long on the counter--it'll be eaten faster than you can blink if you're not careful.

But if you're making it ahead of time for a big family breakfast, monkey bread will stay good on the counter, covered, for about a day.

If you are making monkey bread before your even, and want it to look like it just came out of the oven, wait until you have pulled it out of the fridge and pop it in the oven for about 5-6 minutes at 350 degrees or until it's hot. Then drizzle your icing over it.

No one will know you made it the day before to serve it to the family!

Can You Freeze Monkey Bread?

Yes, definitely a good idea if you want to make your monkey bread way ahead of time. So, like for a HUGE family get-together, like Thanksgiving breakfast.

Yeah, that would be a really good time to make monkey bread weeks in advance.

Then, just let your monkey bread cool to room temperature after you baked it, put it in an airtight container and then into the freezer.

You can expect the monkey bread to last up to 3 months this way, though why you would let it sit that long, all lonely in the freezer, I have no idea.

So, in those instances, I would, again, recommend holding off on the icing. You can always set aside the container that comes with the cinnamon rolls or you can make your own with a little vanilla extract, milk and powdered sugar the day of.

When Do You Serve Monkey Bread?

This shortcut monkey bread would make a great holiday dessert or morning-after-feast breakfast. But you know what else it would be perfect for?

Kids parties and other social gatherings where sweets are the norm.

Rather than bringing just a typical cupcake or cookie like all the other moms, bring a big, fluffy monkey bread to the holiday party--not a kid will be sorry. It's perfect for little individual servings and it's so much less of a hassle than spilling your chili all over your car before the office potluck.

Check these out too!

This Pillsbury Monkey Bread Recipe is an upgrade from your classic monkey bread.

This post and some photos may contain Amazon and other affiliate links, I will be compensated if you make a purchase after clicking on my links.