Transform that regular cup of hot chocolate into a Disney Wonderland with this Disney’s Frozen White Hot Chocolate Recipe. A homemade white hot chocolate recipe that is creamy, rich, and inspired by Elsa from Frozen! 4 basic pantry items are needed for this decadent hot cocoa recipe. 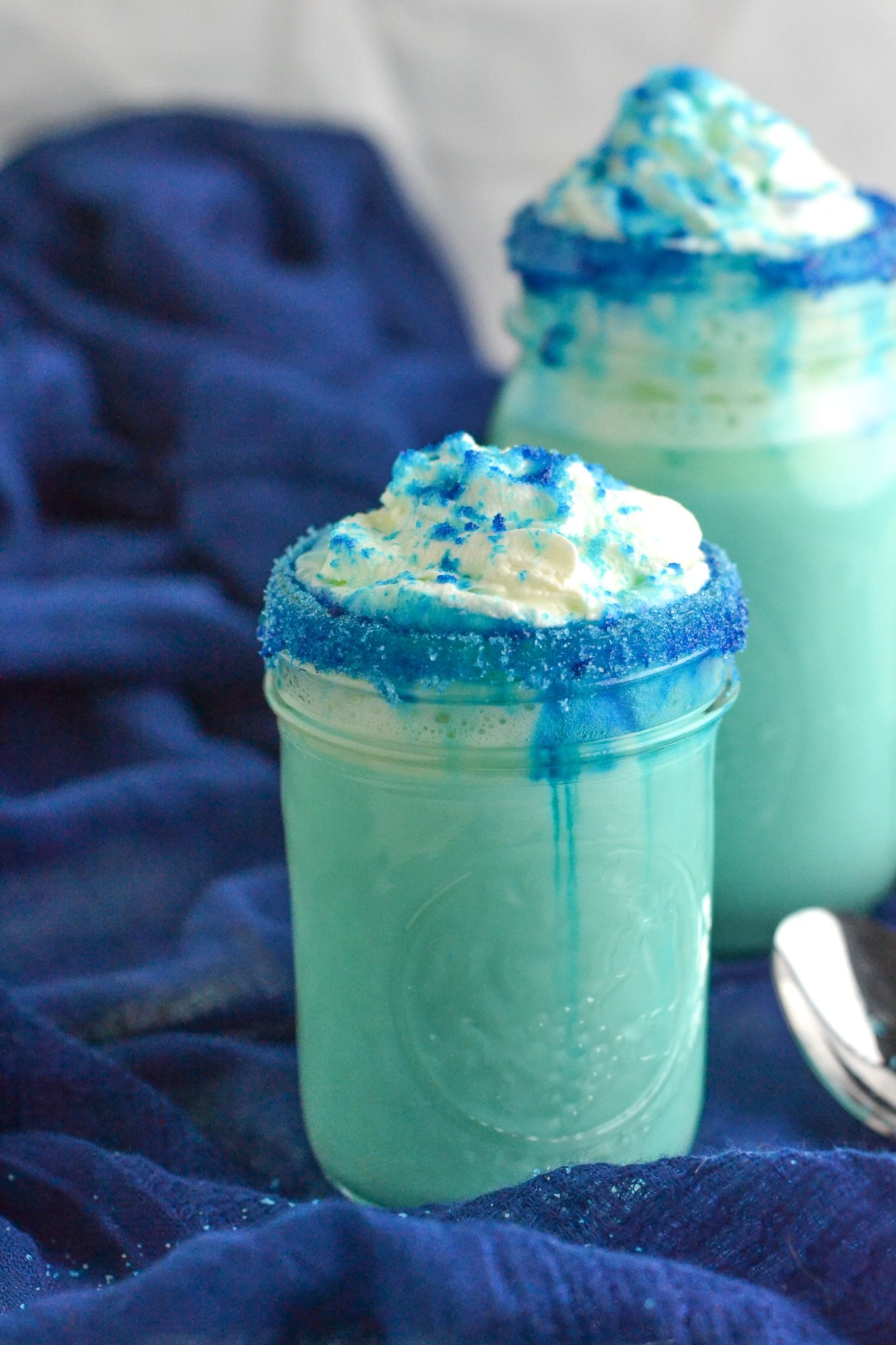 Frozen was a movie that was on repeat at our home, for MONTHS! Let me tell you I Let it Go a gazillion times but this movie kept popping up on our screen. One night I thought to surprise my daughter with a cup of white hot chocolate. As I was making it, I thought toss some blue food coloring in to mimic the Frozen theme. When I took it out there, her eyes lit up and it was like Elsa had made her this white hot chocolate herself. I totally consider this a mom win!

I made this recipe inspired by Elsa from frozen, and I think even Elsa would love it! You have a white chocolate hot chocolate recipe. With white chocolate chips and half and half. These two ingredients give you that rich and creamy cocoa with the perfect amount of sweetness. Add in some blue food coloring and top with whipped cream and sprinkles!

Now I did put colored sugar around the rim of the glass. I felt it gave this hot chocolate that frozen and icy feel that Elsa showcases once she runs away from the castle. Plus who doesn’t love nibbling on a little sugar?! 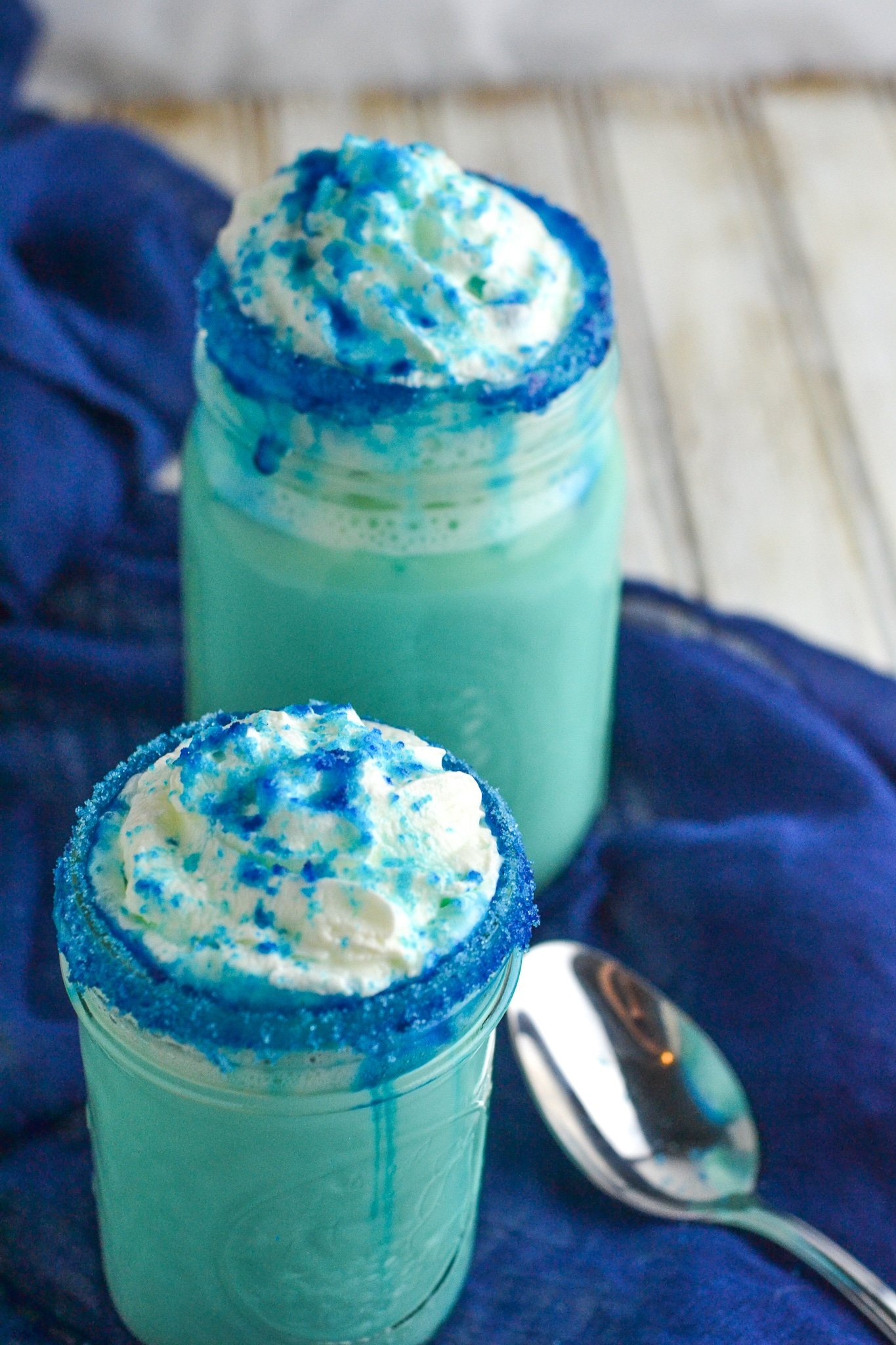 Another thing with this recipe is to remember don’t bring it to a boil. Allow it to stay at that lower heat, boiling will ruin the creamy and smooth texture. Serve it right away once done for the best flavor and texture. You can even add in other flavors like mint, vanilla or even raspberry extract to give it a new element of flavor. A straightforward recipe that couldn’t get any easier. Versatile to top it off so you get that cozy mug full of your perfect white hot chocolate recipe!

Since this is a Disney inspired cocoa, let me share some fun Facts about the movie Frozen below!